Is Medical Marijuana Legal In Arkansas?

On November 8, 2016, Arkansas’s medical marijuana law was approved by the general assembly on a majority vote. On the following day, after it had gone into effect, the bulk of Arkansas’s medical marijuana program was passed. The amendment to the state constitution that created the Medical Marijuana Commission was followed by a flurry of 24 laws signed by governor Asa Hutchinson (R) to put it in place. Looking to try something new? Check out this. 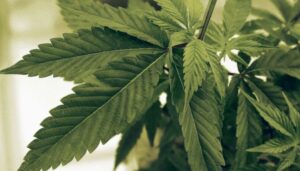 The Arkansas Medical Marijuana Commission has licensed five cultivators and 33 retail dispensaries, with 20 dispensaries currently available to over 40,000 patients who have already registered for the state’s medical marijuana program.

Getting Your Arkansas Medical Marijuana Card

You will also need a doctor’s note from Arkansas to apply for a medical marijuana card, just like other states. The first step is to make an appointment for a condition you think qualifies you for a medical marijuana card. Make sure you have some form of identification, such as a driver’s license or signed rental agreement, to prove state residency.

If you go to a doctor’s office merely for the sake of obtaining a medical card, it won’t work. If you have a qualifying illness, this procedure may be simple if you bring relevant medical documents with you. When compared to other states’ more restricted qualifying conditions, many of the qualifying circumstances are quite prevalent.

You will be emailed a medical card after you have paid the fee. This will allow you to purchase marijuana in a variety of forms from dispensaries. Patients who don’t want to smoke or take tinctures that they just put under their tongue might choose edibles. Cannabis with a wide range of cannabinoids, including significant amounts of THC and CBD, can help people with a variety of illnesses.

It will be necessary for you to do research about traveling to other places. You don’t want to get pulled over in a state with tough marijuana laws and a medical card that isn’t valid there. There are certain states that allow patients from other states to use their med cards, but this is on a case-by-case basis. No patient wants to be incarcerated for possession of marijuana when crossing state lines, especially since it is still federally illegal.

Although cannabis is lawfully accessible in Arkansas, it remains technically illegal for recreational purposes. Personal use may result in a sentence of up to one year in jail and a fine of up to $25,000. Cannabis laws in Arkansas are rather strict, but they are more lenient than the most stringent laws in the United States.

In Arkansas, home cultivation is not permitted under any circumstances. You may be charged with a felony if you engage in it. There are methods to obtain a license to cultivate medical marijuana for a specific firm or commercially. Keep in mind that because of the high costs and requirements in the medical marijuana business in Arkansas, there will be many legal limitations and roadblocks.

Growing potent marijuana will provide a plethora of job possibilities. Budtenders and even personnel to assist train cultivation companies are always in demand. Growing cannabis needs experience as well as the assistance of an expert to get the most out of a harvest.

Cannabis Training University’s online marijuana growing courses may completely change the way you grow. One of the many advantages of learning from our experienced teachers is that they can teach you small elements that might take years to understand on your own. There’s no comparison between the convenience and accessibility of studying from home compared with our lessons, which thoroughly educate you about cannabis.

Nausea can be tough to live with, making it difficult to eat, pay attention, or enjoy your daily activities. In many situations, severe nausea is caused by a treatment regimen for a serious condition such as cancer. Medical cannabis has been found to assist relieve severe nausea and vomiting. Marijuana consumption activates particular receptors in the brain that may help to minimize symptoms of nausea and enhance appetite, allowing you to get the nutrients you require while preventing dangerous rapid weight loss.

Pain that is “intractable” refers to pain that has not responded to medicines, operations, or other therapies for at least six months. It’s possible to live with this sort of agony – but medical marijuana’s pain-relieving properties can assist.

What Is An Arkansas Medical Marijuana Card?

The Arkansas medical marijuana card is a photo identification credential that you will receive from the Department of Health once you’ve been designated as a medical marijuana patient in the state. With your card in hand, you’ll have all of the legal rights and privileges associated with being a patient under Arkansas’ medical cannabis laws. It will have your picture on it, your address, and a unique patient identification number. ​

Arkansas Marijuana Card understands that the medical marijuana legislation in Arkansas might be difficult to understand and that if you have a qualifying condition, your primary care doctor may not be familiar with it as a treatment option. That is why Arkansas Marijuana Card takes the uncertainty and burden out of this procedure. Our courteous support team will carefully walk you through every step of the process. We also have the most competitive pricing in Arkansas!

​What Are The Benefits Of Having An Arkansas Medical Marijuana Card?

Medical cannabis research is expanding at an accelerated speed, and it is continually revealing additional medical advantages that were unknown. The fact that the Arkansas Department of Health included so many different medical conditions implies that medical cannabis is working and has positive effects on qualifying patients.