Cannabis terpenes are becoming more popular among cannabis consumers. They aren’t just looking for the greatest THC or CBD concentration any longer. Customers are learning about the health advantages of terpenes and the entourage effect. Looking to try something new? Check out this.

Over 400 terpenes have been identified in the cannabis plant, with some being more prevalent than others. We go through the bornol terpene, a minor terpene, and its aroma, flavor, effects, and therapeutic advantages in this terpene guide.

Borneol terpene, a bicyclic monoterpene that has been utilized for thousands of years in Chinese herbal therapy to treat inflammation, pain, and respiratory diseases, is also employed in natural insect repellents and by the fragrance sector to make colognes and fragrances.

Borneol was formerly extracted from the dryobalanops aromatica, also known as the camphor tree, by tapping it and re-condensing the liquid into a clear substance. Modern borneol manufacturing involves turpentine oil or camphor and is then powdered for topical application. 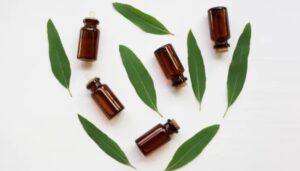 Effects and Benefits of Borneol

Bornol is the oldest terpene in use, having been used for millennia in traditional Chinese medicine. It was and still is utilized as moxa or moxibustion. Those who utilize it burn the plant from which they extract the bornol, commonly mugwort, or process it into cigar-shaped flakes. After that, they apply the substance with acupuncture needles or burning it directly onto the skin. We can already see that borneol has great therapeutic and medicinal attributes, which we will discuss later.

Borneol is a component in many essential oils, such as lavender, chamomile, sandalwood, or thyme, and it’s utilized in aromatherapy for a wide range of goals. Borneol is very efficient as a sedative and as a stress reliever through this technique.

It also has a distinct fragrance that makes it an excellent component in the list of selected cosmetics, with the goal of giving them a good scent.

What are the Main Medicinal Properties of Borneol?

The scientific community is currently interested in this terpene and the possible medicinal benefits. It has been used in traditional Asian medicine for such a long time (China, Japan, Korea, Vietnam, Mongolia, and Tibet), it’s highly probable that it contains amazing qualities (medicine bornol).

The first claims that borneol has therapeutic applications in Western medicine date back to 1888, when Ralph Stockman, a professor at the University of Edinburgh, did research on it.

Since then, numerous research on the medicinal potential of this terpene have been completed. It has a number of advantages.

The Super Skunk x Erdbeer x Northern Lights cross resulted in the dominant indica, which has high levels of borneol (20%) and THC (20%). It produces a very relaxing effect owing to its greater presence of bornol and THC, which can reach 20 percent. The physical effects of this strain tend to become more uplifting and sociable over time, which therapeutically may be utilized as an excellent antidepressant. Its aroma and flavor are reminiscent of a sweet, skunky strawberry taste because to its ancestry.

Green o-matic is an indica dominant, fruit of the crossing of White Dwarf x Moroccon x Lowryder, and it’s a cannabis strain that auto flowers. Its effects start off as narcotic and drowsy, with borneol present. However, the high becomes more cerebral and uplifting in time, making it ideal for meditation and creativity stimulation. Earthy scents mingle with bubble-gum and fruity undertones in the flavor. The aroma has a citrus component to it but also includes hashish characteristics such as light caramel notes.

The Afghani x Kalijah cross created this 75% indica-dominant hybrid. Its organoleptic qualities are highly unusual, with strong and strong fruits and strawberries in particular. As for its effects, borneol is more popular since it has a clear relaxing indica effect. Even so, because it contains significant CBD levels, this impact is somewhat less severe. As a result, this strain provides important medicinal properties.

This strain is notable for being high in CBD, making it a strong medical marijuana strain. It’s a cross between Black Domina x Harlequin and mostly indica. Its relaxing physical and mental effects are both physically and mentally soothing, making it ideal for beginners in medical cannabis therapy. The THC to CBD ratio is 1:1, so the effects of these two chemicals feel well balanced. The scent has notes of forest, dirt, and flowers that may also be noticed in the flavor with an exotic wood hint.

Purple Kush is a cross between Purple Sweet and Blue Dream strains, which are both potent indicas. It’s a hybrid that starts out cerebral and euphoric, then shifts into a physically relaxing state that encourages you to keep sitting on the sofa. The Thai-Dutch mix gives it pleasant bodily effects and mentally calmness. These effects are quite apparent, allowing you to stay focused. The presence of bornyl is evident in its sweet, minty flavor and herbal scent. Both its characteristics and taste make it an excellent meditation strain.