When something terrible happens, it isn’t always as simple to get over it. Those with post-traumatic stress disorder (PTSD) might experience fear or even flashbacks as a result of the shock of the event. Although a combination of therapy and specific medications helps many sufferers, many find it hard to recover. Medical marijuana, on the other hand, appears to be a promising treatment for numerous PTSD symptoms. Looking to try something new? Check out this.

Post-traumatic stress disorder (PTSD) is an anxiety condition that develops as a result of having experienced traumatic events. Combat, vehicle accidents, and domestic violence are only a few examples of things that can induce PTSD. If the initial reaction to the stress of these situations, which include fear, nausea, dizziness, sadness, and/or sleeping difficulties, persists for many weeks or more after the event has ended, someone has it. The symptoms can endure for decades. 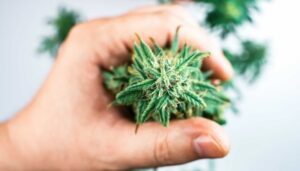 The three typical symptoms of post-traumatic stress disorder are re-experiencing the traumatic event, increased arousal, and avoidance. Flashbacks or nightmares may be experienced as a result of reminders of the events, which can lead to avoiding those reminders. Hypervigilance is an elevated state of awareness that can manifest as paranoia. These PTSD symptoms and occurrences are generally accompanied by severe anxiety, nausea, avoidance of activities that were previously regular, anger, self-medication, and relationship damage.

Cognitive behavioral therapy may help people with PTSD cope better and heal, but it is not always effective. While psychotherapy can assist some individuals with PTSD, it isn’t always successful. Prolonged exposure, one type of CBT, has a 20% attrition rate at VA hospitals, according on the Journal of Anxiety Disorders.

PTSD is usually treated with antidepressants. However, they are not always effective in treating anxiety, sleeplessness, or sadness associated with it. The pharmacological treatments that people with PTSD most frequently take don’t effectively treat the whole condition. Furthermore, there is a danger of unpleasant side effects with most of the medicines that are commonly given.

Since the existing therapies aren’t always effective, doctors and researchers are constantly on the lookout for better options. Medical cannabis is one of those possibilities.

Medical cannabis has been found to assist with PTSD symptoms in treatment-resistant situations, according on studies. Cannabinoid receptors may be found in a variety of places throughout the body and brain, and both mental and physical issues can be treated with medical marijuana therapy.

Although the majority of states now have a medical marijuana law, several legal concerns have prevented doctors and researchers from fully investigating how marijuana might affect individuals with PTSD. That is changing, as more and more research are being published from the United States and Canada. The FDA gave its blessing to a study on the impact of medical cannabis on veterans suffering from PTSD in 2017, among other things.

A cannabis-based treatment for post-traumatic stress disorder that is tailored to the strains in the study may be available on the market as soon as 2023, according to results of the research. The product would be created from the cannabis strains included in the study and would not necessarily affect marijuana sold at dispensaries or alter the federal government’s classification of marijuana.

While it is feasible for posttraumatic stress disorder (PTSD) to manifest after the traumatic experience, it is not classified as a disease until the symptoms last for at least a month. Furthermore, the symptoms must disrupt one’s home life or job and cause significant pain. There are four distinct symptom patterns associated with PTSD:

These symptoms are known as ‘re-experiencing effects,’ which refers to the process of recalling a traumatic event. One might, for example, have distressing memories of it.

In rare situations, the incident may be triggered by a trigger. Hearing a car backfire is one example, as is viewing a news report of a sexual assault or witnessing an auto accident victim driving past the scene of the accident.

In those cases, the moment may seem eerily real to the point where they believe it is happening over again. They could also feel the same physical sensations and emotions as they did when it occurred; this includes known noises, odors, and even the sensation of hurt.

Avoiding any circumstance or event that reminds one of the traumatic event is referred to as ” PTSD Avoidance Syndrome.” Someone who has been assaulted on a train station, for example, will do all possible to avoid railway stations. They may even avoid seeing, hearing, smelling, or interacting with individuals who remind them of the incident.

If a person has been exposed to an extremely stressful experience and/or witnessed or experienced violent death, they may develop post-traumatic stress disorder (PTSD). In addition to these symptoms, people who have this kind of PTSD can become emotionally numb. After all, many believe it is better to feel nothing at all than to experience anguish and dread. As a result, they withdraw and communicate less with those around them – even their loved ones.

An Increase in Negative Feelings Such as Guilt & Shame

Those who have experienced trauma may think differently about themselves and others as a result of it. They might feel guilty because they believe it was their fault. This is typical among rape victims. They believe they are to blame for allowing the traumatic occurrence to occur, and as a consequence, can now take pleasure in activities that used to bring them joy.

Being on edge and jittery are two additional symptoms of PTSD. Those who have hypervigilance believe the world is a dangerous place and perceive dangers everywhere they look. They may become irritable, unpleasant, and prone to bouts of extreme fury as well as being constantly on guard for danger. Furthermore, they might find it difficult to fall asleep.