Nepalese hash is the finest cannabis concentrate on the market.

The Nepalese hash is a marijuana-centric lost art in which enthusiasts pay an arm and a leg to participate. Nepalese temple balls, on the other hand, have now arrived in Canada for your enjoyment.

What is Nepalese Hash? 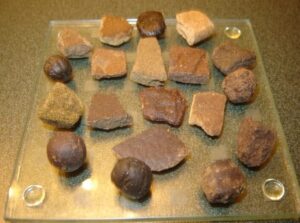 Nepalese temple balls are something to behold.

Nepalese temple balls are usually spherical and have a dazzling sheen that appears to be polished.

Hippies flocked to Nepal in the 1960s and 1970s because it was one of the few places where you could find Nepalese temple hashish balls.

No other form of hashish compares to the Nepalese temple ball variety in terms of its mind-bending potency and cream-like texture.

How Are Nepalese Hash Balls Made?

Nepalese temple ball hash, unlike contemporary concentrates, is manufactured without the use of sophisticated machinery.

Instead, two hands warmed by a ceramic dish and many cannabis blooms are required to produce these spherical wonders.

The resin is scraped off of the cannabis flower, resulting in a resinous paste. The primordial hashish is quickly placed on a ceramic plate and rolled over and over.

The interior of the ball soon develops a spherical shape and is polished.

The Origins of the Nepalese Hash Temple Ball

For hundreds of years, the Royal Nepalese Temple Balls have been a part of Nepal. Indica-dominant plants were first cultivated on the Himalayan Mountains and harvested for hash production.

Nepalese Hash Temple Balls are known for their tropical fruit flavor and subtle earthy undertone, which makes them one of the most popular types of hash.

The type of cannabis strain used to make the hash will have a significant impact on the experience and taste.

Nepalese Hash is a form of concentrated cannabis with a high THC content that may sometimes be four times greater than the concentration in high-quality cannabis cultivars.

Nepalese Hash Temple Balls are smooth and room-temperature, and they smoke exceptionally well in a glass pipe, dab rig, or even sprinkled on top of some flower.

Not only that, but the Nepalese Hash Temple Ball is a whole-plant cannabis concentrate, which means you get the full plant experience without any parts being removed. It’s also an excellent all-natural concentrate to consume because it contains no artificial substances or contaminants.

The THC-rich resin of the cannabis plant is also known as hashish. Hash, like any other form of resin, can be difficult to remove once it has become embedded in your clothing or skin. Keep in mind that this form of hash may be quite sticky to the touch, so handle with care. 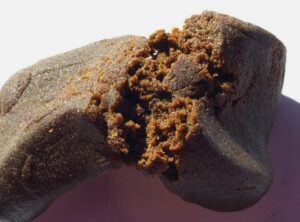 Nepalese Hash Temple Balls hashish is recognized for its sticky, resin-like color and texture, sweet, tangy taste, and narcotic, dream-inducing high. It’s becoming increasingly rare. This is the type of hash that legends are made of. The sheen on the surface, the gooey texture, and the fact that your fingers are sticky as soon as you touch it are almost proof positive. When you light up, you can be sure of that. Temple Ball hash is a legend in its own right. This high isn’t sudden or severe. While it’s a potent hash, it’ll put you to sleep gently .

How Can I Use the Nepalese Temple Ball Hash?

Nepalese temple balls, like all varieties of hash, may be used in a variety of ways.

Here’s a list of options for eating Nepalese temple ball hash once you get it ordered from Canada:

Nepalese temple ball hash is highly adaptable, and you’ll always find a way to put it to good use.

What Are The Effect of Nepalese Temple Ball Hash?

There’s nothing better than Nepalese temple ball hash if you want to experience marijuana’s mind-expanding and thought-provoking qualities.

Nepalese temple ball hash is the answer to all of your problems, whether you want to get rid of sadness or transform your day into a daydream.